I have seen a few blog posts lately that talk about splitting large WIM files in order to get them to fit on a USB flash drive that is formatted as Fat32. I am not exactly sure why you would want to do that when you don’t have to, as it sounds like extra work to me (but hey, if you like extra work then be my guest).

In my previous post, USB Flash Drives, UEFI and large WIMs, I showed how you can create multiple partitions on certain USB Flash Drives that were either already set as a fixed disk or could have the removable bit flipped using a special utility. Having multiple partitions is useful when you need to boot a UEFI system off the USB Flash Drive and install an operating system. UEFI needs a Fat32 formatted partition in order to boot. The problem with Fat32 is that it has a maximum file size limit of 4GB. Custom images (WIMs) can easily exceed 4GB in size (even the install.wim for Windows Server 2016 is larger than 4GB), which prevents them from being copied to a Fat32 formatted partition. In order to over come this, you would need either need to split the WIM or install it from a file share (provided you have network connectivity) or from another NTFS formatted partition/drive.

Starting in the Windows 10 Insider Preview build 14965, Diskpart now allows you to create multiple partitions on ANY USB Flash Drive – even ones that have the removable bit set. 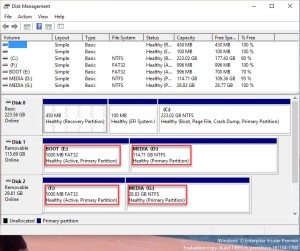 The following two USB Flash Drives were ones that I could not flip the removable bit nor get multiple partitions on them previously (note that they both still show as Removable): 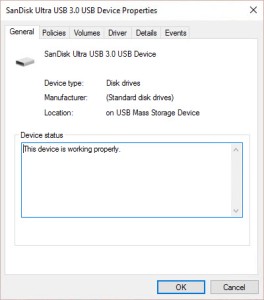 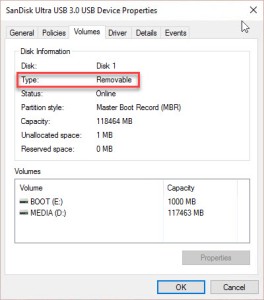 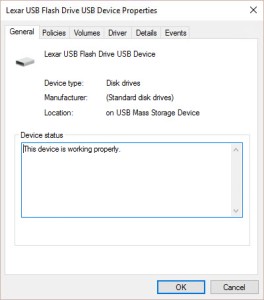 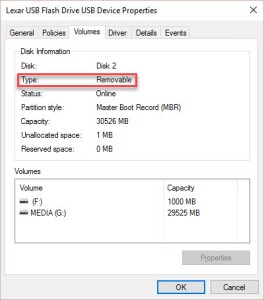 In order to copy files to the second partition, you will need to use the Windows 10 Insider Preview build 14965 (or later). Windows 10 1607 cannot read the second partition (yet), which means that current Windows setup (Server 2016 or Windows 10) might have an issue reading it (in other words I haven’t fully tested that part yet).  Now time to experiment more with this and the new WinPE found in the Windows ADK Insider Preview…

One thought on “Create multiple partitions on ANY USB Flash Drive”